These lower-carbon options provide clients with an effective opportunity to mitigate their carbon emissions in the fight against global warming.

Green Cab vehicle supplier of choice is Hyundai SA, the official sponsor of the 2010 Soccer World Cup. It was the only vehicle manufacturer in South Africa willing to extent their warrantees on new vehicles once they were converted to run duel-fuel on Petrol and LPG. Our growing fleet consists of Hyundai Elantras for the sedan component, and the brand new Hyundai 9-seater people carriers called the H1 Wagon.  Our Bus is a 19-seater Mercedes Sprinter that is mostly deployed for daily tours and for shuttling Conferencing delegates. 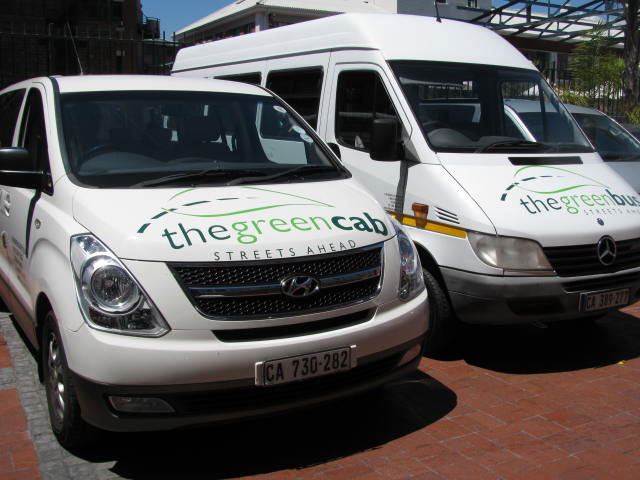